Enter your City name or Pincode

Kerala had identified eighteen urban settlements to fall under the Atal Mission for Rejuvenation and Urban Transformation (AMRUT). This distinctive recognition was awarded to Ottappalam on 25th June 2015. Under this scheme there are envisioned some dynamic changes in terms of infrastructural inputs that would add certain world class facilities to this ancient town. Ottappalam is a location of great natural beauty. Recognizing this fact many of the film makers of the South have made several films in this location. This beautiful town is renowned for its ancient temples situated on the banks of the great Bharathyapuzha river, Ottappalam has tremendous scope of developing into a thriving tourist centre. There is great scenic beauty in this somnolent semi-urban setting. The lap of nature, the verdant fields and the majestic temples that have witnessed decades in time. 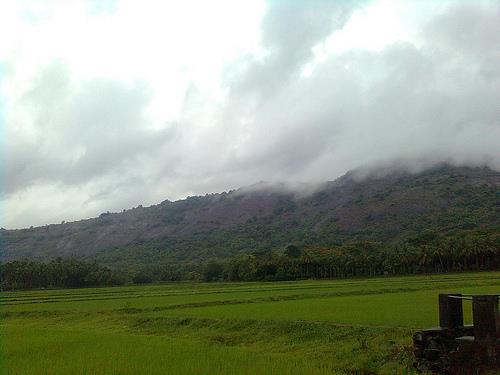 Ottappalam is situated at a gradient of fifty four meters and lies on the geographical coordinates of 10.770N Longitude and 76.380E Latitude. The temperature range is pleasant. It rises from 21.40C in winter to about 370C at the peak of summer. The area is conducive to being visited all the year round because of its temperate climate. It is only during the Monsoon or rainy season when it gets virtually impossible to bear.

The municipality has a population 53,792 strong with males comprising 47 per cent and the females outnumbering them at 53 per cent. In the area of literacy, however, the males are ahead while exhibiting a literacy rate of 84 per cent and the females have a literacy rate of 80 per cent. While the official languages here are Malayalam and English, Tamil is also spoken popularly in the region.

Being a part of the Palakkad Lok Sabha Constituency, the Ottappalam municipality falls under Palakkad district. It is interesting to note that this area has little in common with the district headquarters that lies just about thirty kilometers away. Ottappalam lies on the banks of the Bharathapuzha river. It is also called the Nila river probably because of the blue tint of its waters. This river has a great many tributaries running around the region.

Temples and Festivals Celebrated in Ottappalam

The Pooram festival is celebrated in the second week of February. It is a ten day festival in which are hosted a number of performances devoted to classical music and dances like the Kalamezhuthupattu, Thira, Tholpavakoothu, Pootham, Kuthiravela, Karivela, Chakyarkoothu, Kaalavela and Kathakali. Exponents of these various forms give their expert renditious before packed audiences. Many patrons sponsor the festivities and ensure that all participants get benefits and awards according to their stature.

The last day of the festival is commemorated with a parade of twenty one elephants. These ornately decorated elephants are the cynosure of all eyes as 21 of them parade along majestically among crowds that cheer them along with religious chants and encouraging calls.

This temple of Lord Shiva has two entry points or ‘Nadas’. This is the unique feature of this temple as compared to all other temples in Kerala. This temple is chiefly devoted to Lord Murugan or the God of War. The festivities at the temple are marked by unique oddering ‘Nadaswaram’ or sound of the Gods.

The Palakkad District near Ottappalam is a popular spot for the region’s festivals like Chittur Konanpada, Ottappalam Nercha Festival, Kalpathy Ratholsavam, Nellikulangara Vela, Manappullikavu Vela, Sivarathri Festival, Navarathri, Jain Festival and the China Kathoor Pooram festival which is celebrated at the Chinakathoor Kavu Temple. The peak tourist season of this town lies between the months of September and February. This is also the time when most of these festivals are held. Some of the most auspicious festivals and rituals are conducted during these days.

Services and Utilities in Ottappalam

Some of the public utility services available in Ottapalam are

There are several Bank services available in Ottapalam.

There are several Courier services available in Ottapalam

How to Reach Ottappalam

Ottappalam can be reached by road, rail and air. It is located at a short distance of 14.2 km from the Palakkad Railway Station. The international airport of Coimbatore is situated 78 km away from it. The roads are excellent and the state bus service is very good. Taxis and autos are also used by the pilgrims who are visiting the temple. Thus the municipality is well connected by road, rail and air.

Are you a Business Owner?

Add the products or services you offer